I have such a pretty Yo-Yo Quilt on the wall now.

The last row of the Denman Community Quilt was finally stitched together on the 28 September 2016 at Denman Library after many months of yo-yo making and sewing!

Denman Community Garden wishes to thank everyone involved; from the quilt’s beginning in March through to its finish at the end of September!  It has been, literally, a labour of love and something the whole of Denman should be proud of as so many people made it a reality!

On Thursday, 29 September 2016 the beautiful queen sized quilt was officially hung at the wall, and can be viewed during opening hours, on the weekend 10 am to 4 pm.

Raffle tickets are available at the cellar door and at the November and December Denman Farmers’ Market with the draw being on Saturday, 3 December 2016. 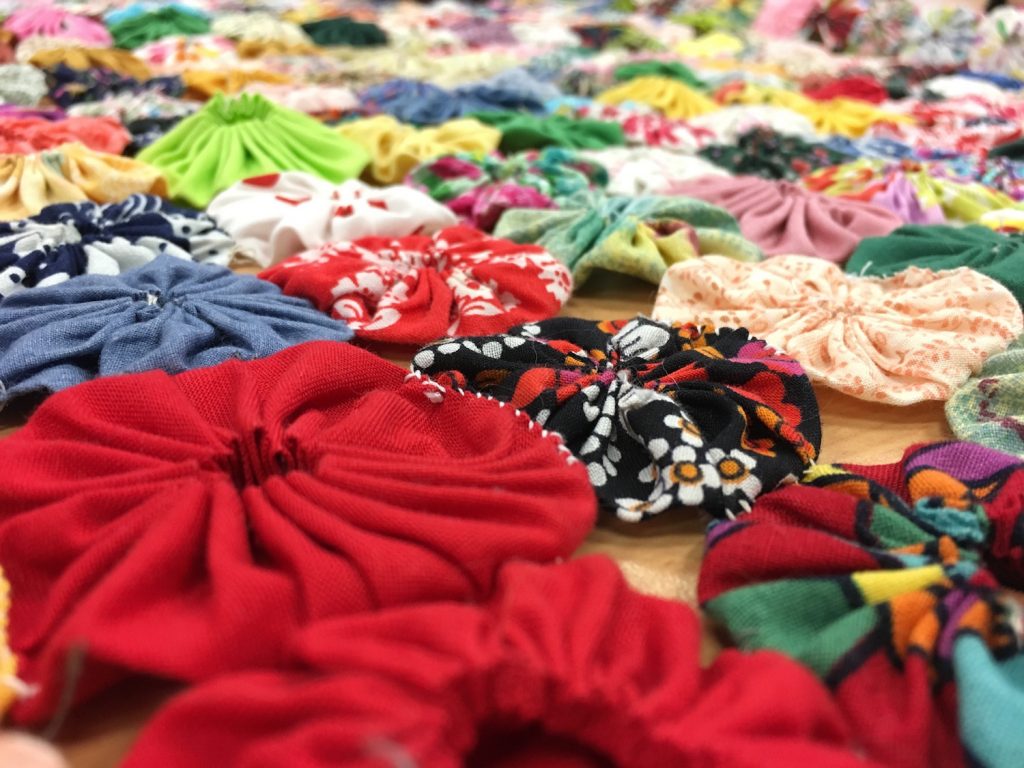 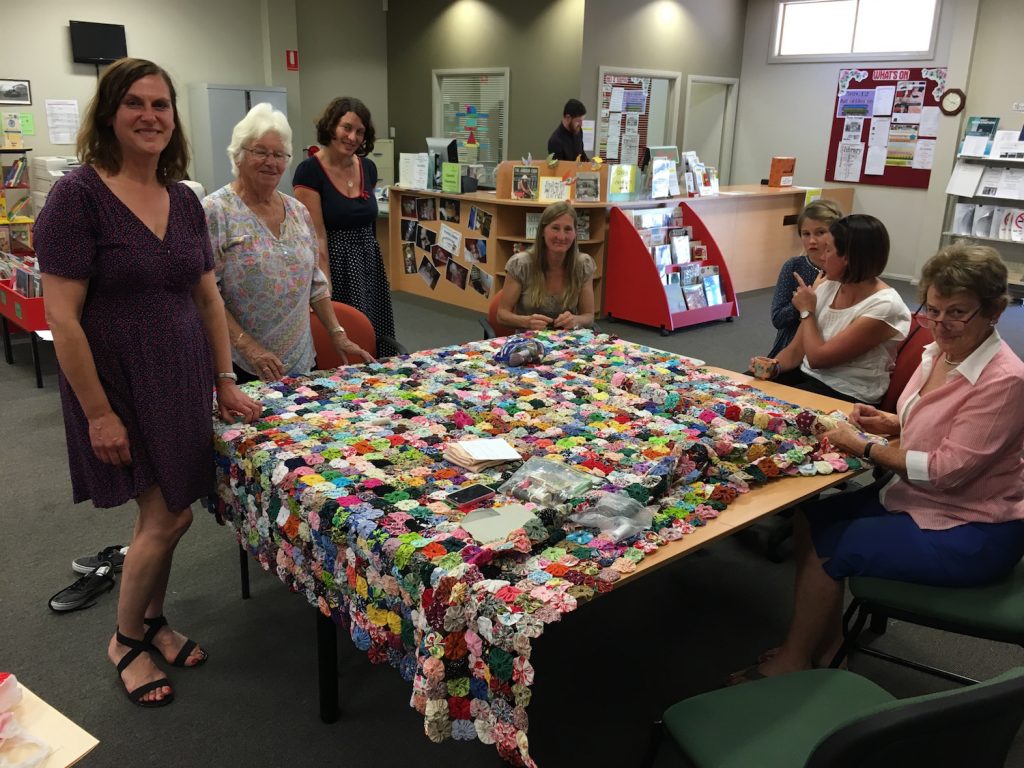 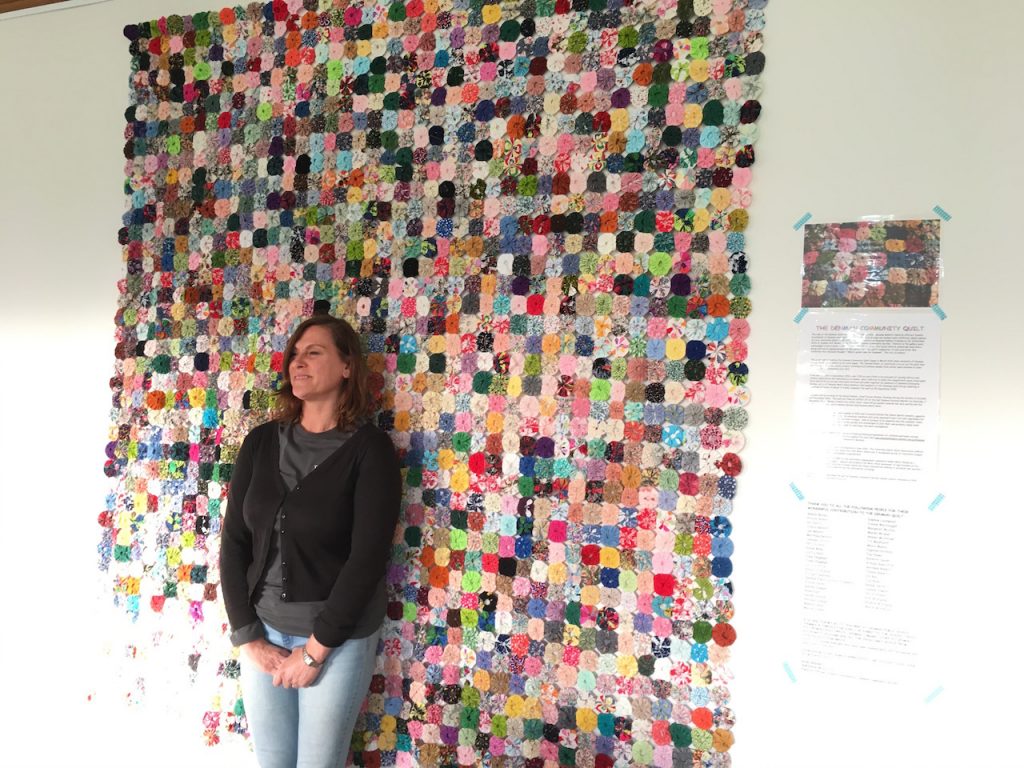 You have Successfully Subscribed!

Off the Vine Archives